6:30 – 7:15PM PARANORMAL CITY: CHICAGO WITH AARON SAGERS (ROOM 6)
Is it just a breeze from The Windy City that is giving you chills or perhaps there is a spectre nearby? From murders to curses to lost loves and town tragedies, Second City is among the first stops for any fan of the paranormal and supernatural. Join journalist and TV host Aaron Sagers (Paranormal Paparazzi, ParanormalPopCulture.com) along withDave Schrader (Darkness Radio, Coast to Coast), Chris Fleming (Psychic Kids, Dead Famous) and Ursula Bielski (Chicago Hauntings, Creepy Chicago) as they discuss their favorite spooky stories of Chicago as well as uncover history and debunk myths of the haunted hotspot. 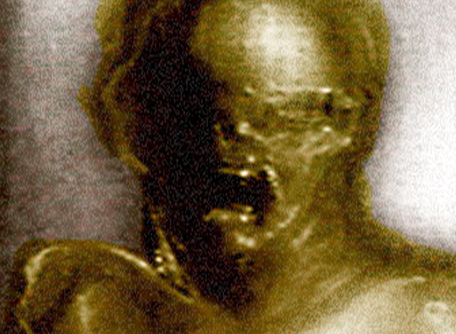 Okay first off it has been awhile since I posted, I apologize but I have been playing catch up evidence for a bunch of cases and TV shows I have recently done. Well, anyways right to the point. I am sitting here with my Cat, NOIR. He always sits on my desk. All day and all night while I work. Yup, he’s my buddy. While I was listening to some audio for EVPs for the season finale of Psychic kids. There is a part in the investigation where (Spoiler) the whole house shakes. I am listening over and over again to the audio because during the rumbling, there is an evp. While trying to make it out I decided to take a break and read my JUNK folder for my emails. There is an interesting email in there from a guy claiming to have the most incredible evidence in human history, just as I am reading this I hear it. Keep in mind my headphones are off, no sound playing in the house. Rachel is upstairs, and there is this entity like “Screech” that occurs in the hallway outside my home office room right next to he kitchen. Not only do I hear it but NOIR who was laying down next to me, jumps up and looks out towards the doorway while he is upright on my desk still. He doesnt take his stance or pose off the hallway. After about a minute of both of us quite and looking towards the hallway, he jumps down and walks quickly out to the hallway and turns and stairs down the hall. His tail goes up and gets all fluffy like. “Oh my god” I say as I realize my cat for the first time, not only heard a spirit voice in my house, but he has responded to it and gone to investigate. His body reaction with the pose and tail tells me he sees or feels something. Remarkable. I get up and go out into hallway and as I do this he walks over the the kitchen table and lays down under the table facing the hallway. Now at this point I dont know if he is afraid, or he is assuming. Okay, Chris will take care of it. Back to my lounging. I grabbed a RT-EVp and walked around the house asking questions and demanding responses. My senses were not picking up anything except in the basement, and two rooms with closets. Not my rooms thank god. I received some faint responses and will have to analyze later. Priorities first.

The interesting thing is, I captured a few months ago some EVPs in my house and one of them sounds just like what we heard in the hallway. I called to Rachel who ran downstairs and I told her what had happened. Freaked out she hung out in my office and then the bedroom and doesn’t want to hear any more of what just occurred. Ha. She hasn’t experienced anything yet to the level that others in my past have witnessed. It is only a matter of time.

I dont know who or what (Entity?) that was that I heard. But I am sure it is not the last of it. Here is a clip of the evp I caught a few months ago, which sounds very similar to what we ….right now just as I was writing this one of the lamps light source went dark for a brief moment as if something just passed over my head behind me. The cat (back on my desk with me) just looked up towards the ceiling as well. Whatever it is maybe just have come into the room for a brief moment and then flew out. Why don’t I get up and investigate further you ask? Because this is my life and these things happen off and on. I have other responsibilities which, sadly doesnt give me much time to investigate my own place more frequently. You live with it.

**This is a clip I recorded on 6-6-2010 while no one was in the house. For two hours I recorded the inside of my home due to events that occurred a few nights before. What I found was many evps and this is one of them. Note you hear bangs and a voice within two of the bangs and after the 4th bang the garage door goes up. We just pulled down the street corner and will be pulling up the driveway in about 10 seconds. You will begin to hear the garage door going up.***
ScreamsHouseBeforeGarage.Clean