On November 7, 2014 at approximately 9:35pm I was driving home from dinner when I witnessed an incredible event.

I feel this occurred because of ever-expanding consciousness. Consciousness? Why consciousness? Lets start with earlier that night, as this is important and I feel relevant to what transpired.

Around 6pm that day the dinner started. We had a nice evening at a club house gathering, wonderful food, fine wine and good conversation. During the night I leaned over to my step dad and began chatting with him about a book I started reading called “Millenial Hospitality” by Charles Hall. For the next 45 minutes we delved deeply into the mystery of the military, UFOs, Aliens and cover-ups. The one detail I must point out is I shared with him something I read about Ben Rich,  the second director of Lockheeds Skunk Works from 1975-1991. Allegedly he had stated the following after a lecture.

When Ben Rich was asked how can UFOs fly (more properly how is space travel possible?) Ben responded to the man  “How does ESP work?” The man guessed…, “all points in space and time are connected!?” Ben quickly responded with “thats how it works!” What is interesting about this is that we are finding out in Quantum Physics and Mechanics that particles are all connected. There seems to be a connection here. UFOs may in fact travel great distances by portals or bending A to B. Creating Doorways and eliminating the great distance we tend to think of in our old way of thought regarding travel.

My step dad was a fighter pilot during the Korean War and flew reconnaissance missions in Albuquerque,  New Mexico. During some of his missions he witnessed and chased what we have come to call Foo Fighters. Large balls of light, glowing crafts that moved with incredible speeds. Having encountered these things many years ago and quit aware of the secrecy kept over the past 50+ years he has found it fascinating and wishes that they would just come forth with it. That night we discussed his experiences once again.

As the evening moved on, we were getting a bit tired as we had been there since 6pm. I said my goodbyes, gave my hugs, and headed out to drive home. I left the music off in my car and decided to focus on my life, reminiscing on many past thoughts. I turned into my subdivision and drove down the streets and closer to the turn into my neighborhood. Something caught my attention, you know that intuition that someone is staring at you. I turned slightly to the right and saw this bright light in the sky. My first thought, it’s a plane. But, what an extremely bright plane! The glare gleemed larger and brighter then normal. There were no blinking lights. No colors, just solid white.

It was moving very slowly. It seemed egg shaped, but a little longer cylinder wise. I looked away but then was drawn back to it. I slowed down my car. “huh,” I said out loud, “That doesn’t seem like a plane.” It then began to speed up in a horizontal motion to the left. All of a sudden another light began to appear out of the blackness. Like a pinlight spinning around and getting bigger. It quickly formed into an inverted funnel. I saw whisps of what looked like clouds mixed in with it. A bluish tint to the whirling light. The light had texture and as it spun a hole began to appear in side it like an inverted tornado. Like a whirlpool, yet upside down. I was dumbfounded. This inverted funnel, was manifesting above the object.  The light, I would now like to call this light a UFO, because what it did next was in no way a plane. This glowing UFO moving horizontally made a 90 degree arc straight up towards this inverted funnel in the sky. As it slowed down a little bit moving straight up into it, the white light began to illuminate and light up the entrance to the spinning hole. Sparks or lightening began to shoot off around the funnel as if static or the UFO itself was affecting everything around it.  As it did this the blue color changed from a light cyan to a dark and slightly bright deep red. The red was NOT coming from the UFO. The UFO was pure white, but as it entered into the hole the light from the UFO illuminated the hole in the funnel and I could now see the actual shape of the UFO and a line around the craft. Like a capline. The UFO was almost cylinder but very short, egg shaped size but had a ring around the top of it like a cap. I could also see that this inverted funnel was a complete form all its own. As it entered into the hole the light of the UFO completely vanished as it was now up into the hole (the funnel) and then the red turned back into a light cyan blue and the hole quickly imploded back from where it came from. It was gone. No lights, trailing…no nothing. Gone as if it never happened.

The dark sky was now back to normal. It was at this point,  I realized as I came to a stop and that my mouth was open the whole time in awe. The entire event lasted about 30 seconds if I remember correctly. The hole only appeared and existed for about maybe 15 seconds. This UFO appeared high above a forest in my neighborhood, which ironically is directly across the street from the police station and a water plant for the subdivision. There was no obstruciton of view where I sat in my car, all open field and a straight view to what I saw. (see photo below) 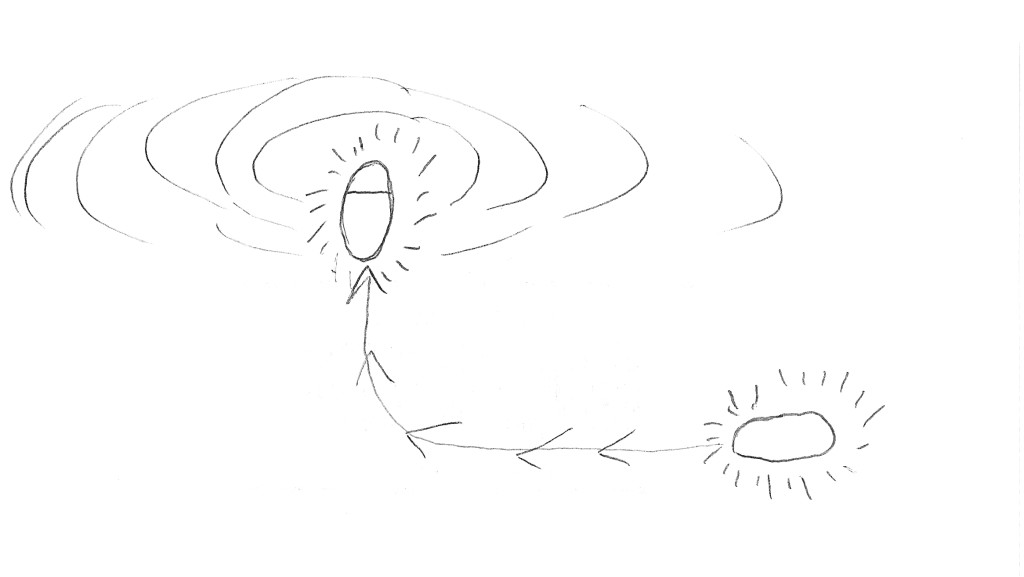 Here is a daytime photo of the exact spot I was at when it occurred but with clouds. I do not believe there were any clouds that night as sky was black. 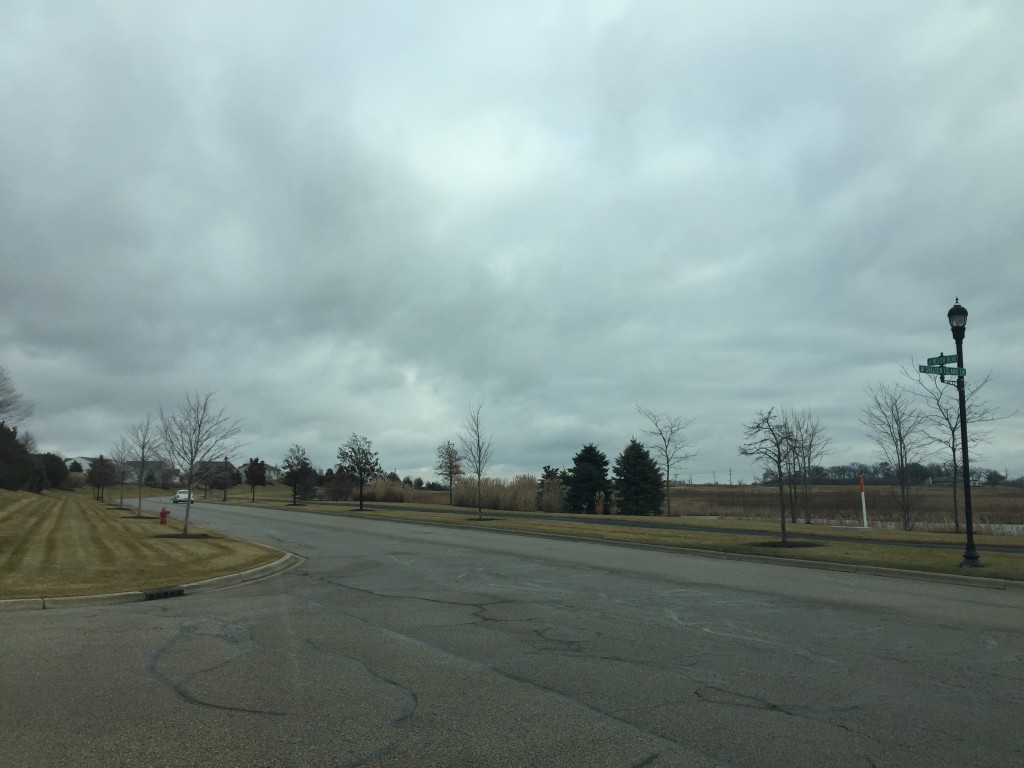 I then turned down my street, as I was only about 200 yards in a direct line away from my house and said to myself, “Cool I saw a UFO” and for some crazy reason didn’t think anything else about it. I walked into my house, looked at the clock 9:45pm and said “Okay, good to know, doesn’t seem like any missing time.”

I went to bed later and didn’t think about it. This was Friday night. Saturday passed bye.

Sunday morning when I woke up, Friday nights event popped into my head and I was perplexed. “Wait a minute, I saw a UFO friday night. Why am I not more excited about it?” I began thinking about what I saw and then thought. “The blue turning to red. The UFO disappeared.” I went to my computer and did some searches on UFO sightings and UFOs disappearing and quickly realized, I may have seen a portal,  a wormhole. Did I see a wormhole? I had no idea. Never seen one before. I had nothing to compare it to until now.

Upon reading on the internet and learning about wormholes and portals, I have to believe I did see a portal. It is the only explanation I can think of. A wormhole as science would call it, opened up and the UFO shot right up into it at a 90 degree angle. Why do I firmly believe it is a wormhole? Well these images I found online are so similar to it, you couldn’t paint a better picture for me unless you changed it to red and then back to the cyan blue. It is almost identical.  Here are some images that help illustrate as best I can to what I saw. 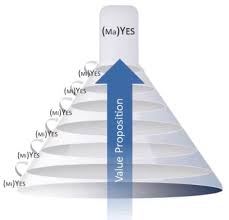 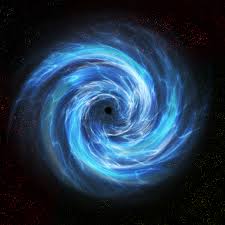 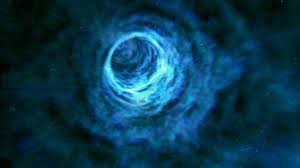 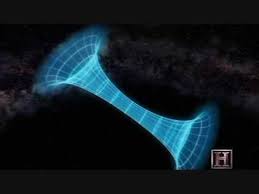 What struck me that a wormhole could be a gateway to either somewhere in space, or a dimension,  is the following. While listening to one of the Spirit Science videos about dimensions, it stated that dimensions can be accessed at 90 degrees. The UFO flew up 90 degrees into this portal and then…vanished. Coincidence? Maybe not.

What is even crazier is earlier that night I was telling my step dad about how they travel, via Ben Riches statement comparing to ESP. All points are connected. What if connecting those points, is a wormhole or a portal? I feel deeply that I witnessed just that.  So how and why did I see this? I cannot answer with 100% certainty, but if we look at the entire evening, my conversation with my step dad, reading the book all week, asking questions in mind and searching for answers. My awareness needed to grow. I was asking the universe for answers. This seeking, created an attraction the universe fulfilled. Many questions can arise from this. Was the UFO aware I was watching it? Did anyone else see the UFO? Did I see the UFO because my consciousness was in a state of expansion and now capable of seeing it? Many more questions, but I just don’t have “all” the answers. We get them in pieces.

Having had paranormal experiences my whole life I have learned many years ago, if there is something I don’t understand, all I have to do is ask the universe and they will either show me or present the answer in some shape or form.

Look into the Flower of Life, which I feel explains this expansion of consciousness, awareness and the ever growing expansion that experience gives us. The more we ask for, the more we bring to us…through experience.

In your life, what questions do you have? What experiences would you like to be answered?

5 thoughts on “Night of the Wormhole”