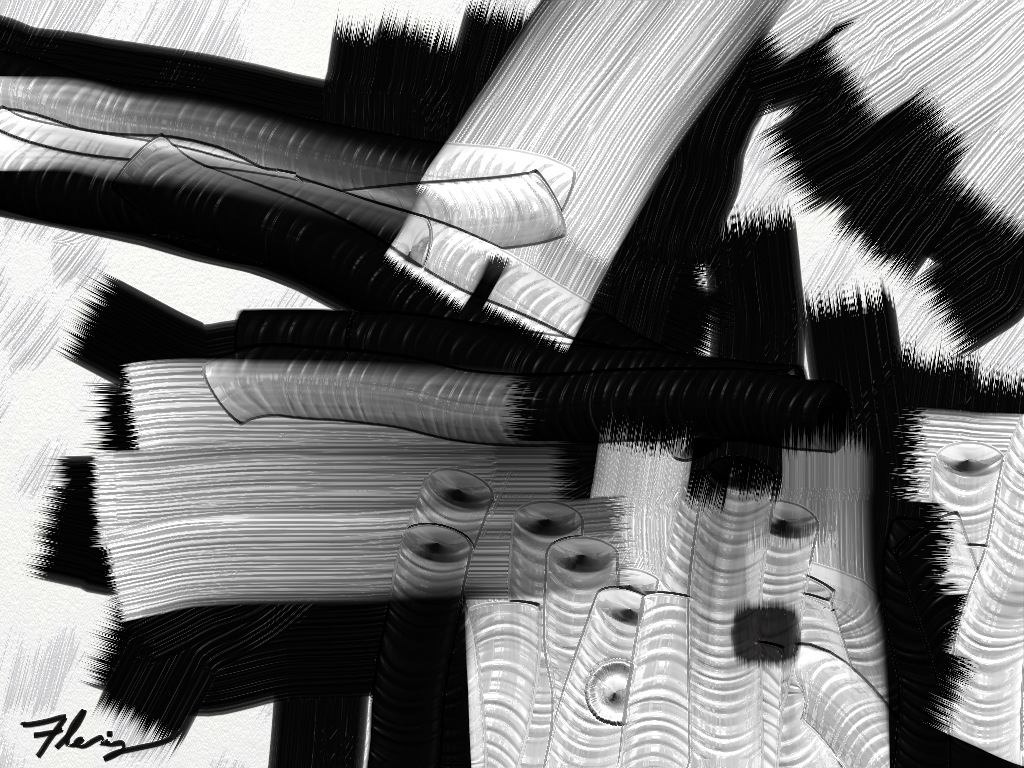 We have all seen things on the corner of our eyes and done double takes, but what happens when we look again and see it head on?

Friday night I was up working late on some audio analysis in my office and caught something quickly move across out the door and low to the floor. Like a small black blur. I looked over and of course wondered, “What was that?” thinking it may have been my cat, i turned back to the computer but then began questioning, I don’t believe my cat can move that fast. So, puzzled I looked back over again and saw the black blur come back into the room so quickly that if I blinked I would have missed it, then the odd thing- it shot back out the door halfway and stopped for a second just long enough for me to see a small black mass, the size of a dog or large cat, but it was very blurry and amorphic, after it’s initial pause it shot off. Eyes wide open, “What the hell?”

I got up an walked over to the door thinking could it have been my cats tail? but then I see my cat over on the coach…sleeping. My white cat jumps up on the ledge and looks down to where the black mass just was as if she may have seen it and wanted a better, safer look.

I quickly grabbed my iphone and video’d to document the experience.

Let share something with you, I am not going to play dumb here I know darn well this is a   ghost energy form. I have seen this before in my house, others have seen it as well. Including an ex-iraqi vet who was skeptical and doesn’t believe or had ever seen a ghost before. Here it is – A year ago he came over to my house to take some photos and discuss video/photo work as he left he saw something similar and was freaked out but in a controlled looking around the house kinda way. Saying, “I know I saw that…what the heck was it.” When he saw it again, he ran after it and looked everywhere trying to make sense of what he had seen. I laughed stating, “welcome to my world.”

Two years ago when my ex lived  with me, she walked down the hallway towards me and I was in the hallway as well. I saw a black mass, just like what the Iraqi vet had described and just like what I saw this past friday night fly over her head across the ceiling towards one of the rooms. It moved so quickly, so fast if you aren’t looking or if you blink you will miss it. I ducked and asked her if she saw that. I failed to mention the night I was attacked, yes I have not written about that yet. Not sure many people would believe it. Saving it for another time. Lets just say I saw a black mass, while the lights were on  in my master bedroom, fly over the bed across the pure white walls in the shape and form of what looked like two black frisbees side by side overlapping with a changing amorphic form. I laugh cause it looked like a giant black butterfly, but didn’t move like one. What happened 2 minutes afterwards was nothing to laugh at. I felt something jolt through me and tried to gain my breath and then felt the force of something like 400lbs hold me down pressing me “into” the bed where I could hardly breath. I drew a picture of what I believe I saw this thing to look like. Maybe one day I will share the drawing and the rest of the story, but not now, the details of what occurred from this are personal.

Back to the story- I viewed the iphone video from this past friday night and found what sounds like an EVP starting at 00:41 saying (faintly-need headphones to hear these two words “Its a..Bad Spirit” (last two words are much clearer). As you can hear and see on the video, I was wondering if it might be my neighbors dog that passed away a week ago, but a male voice corrects that for me. Listen closely if you. Post your thoughts.

VIEW iPHONE Video Here just after I saw it:  http://youtu.be/gP9X4TXulhA

A little bit later, I opened up my vitamin cabinet in the kitchen to take some vitamins before I go to bed and a mass and a glass vitamin bottle shoots out of the cabinet. I ducked and the jar comes crashing down onto the counter and floor. Tiny shards of glass everywhere. I am looking for the other object and there wasnt one. Just the glass jar- Zinc chewable tablets. Did this black mass go hide in the cabinet? Or was it waiting there to throw something at me when I opened it. All I know is that this has never happened before in my house and no way the jar should have flung out of the cabinet. The containers and jars on the shelves are all pushed back far enough from the edge and there is a half inch of trim on some of the shelves that wont allow anything to slide off. So I can only assume that this “bad spirit’ flew out of the cabinet either knocking over a jar or tossing it at me. Didn’t scare me, actually made me mad. I now had to clean up the damn mess.

While others would probably freak out, I cleaned and then walked around the house, “Yelling” stating this is my house and no bad spirits, evil spirits, low level energies are allowed in this house. I said a few prayers called upon Jesus and Michael and his army of angels to please take away any bad spirits or energies in my home.

The next day I turned on my home intercom system and tuned it to an all christian music station. I have been playing it 24/7 since Sat morning. Figure the music will either torment the bad spirit enough to leave, or chase it or if “them” out of here.

I did get out of bed early this morning around 5am from what sounded like one of the cabinet doors to my wall unit in my “loft’ open up. I know that magnetic click/lock sound from when someone opens or shuts the door on the cabinet. In the past these doors have been found open when no one has touched them. This occasion, no door was found open.

That’s it. If any other things happen, you bet I will be sure to post.

FYI- I have not checked the audio evp session yet.