Home/Blog/The Crazy Sounds That Wake Me Up 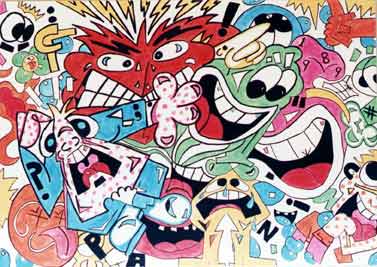 Over the past few months I have been woken up by various sounds. These sounds have occurred just after 3:00am or in the later parts of the morning, say between 5-9am.

The one sound that I have heard going back to even a couple years is the sound of the doorbell. I’ll be sound asleep and wake up to the sound of a doorbell. I will get up, look outside or go down stairs and no one is there. This became a regular occurrence over time where I ended up having a friend ring the doorbell for me while I sat in my room to listen to for it. This test made me realize something odd, my actual doorbell is not the same sound that I keep hearing. This “out of nowhere” doorbell sound,  sounds eerily similar to the doorbell from the house I grew up in from 1971-1990. The question is why?

A few weeks ago while sharing with my cleaning lady some of the recent ghost things “going on” in my house, I finished assuring her there are no “bad” spirits in my home and that they are gone. Just as I finished the last word a door slammed shut so loud throughout the house that we both jumped shaken from the abnormal sound. A sound that, made no sense.

It made no sense because, although she was freaked out, after a quick walk around there were no doors closed. They were all open.

Could it be that in response to my statement, “there are no bad spirits in my home..they are gone” that a bad spirit still resides in my house and reacted to that statement in anger? Why does someone slam a door? Because they are angry or fed up!? It would seem that way. Not good.

A few weeks ago some members of IPRA a Chicago group of ghost hunters came over to my house to review footage from the St james Hotel Investigation. While we sat in my office downstairs, I let them know that I have ghosts residing in my house. I yelled out “spirits can you prove to these three that you live in my house, do something to let them know you are here?” In a few seconds we all heard conclusively someone walking upstairs across the carpeted floor directly above us. The floor creaked from one side of the ceiling to the other as we clearly heard footsteps. My mouth opened in excitement. I had never even heard that before except when I had someone living in my home over a year ago, and they walked around upstairs, yet at this particular time there was “obviously” no one upstairs “physically.”

This past Sunday morning I slept in and heard the doorbell around 10:00 am, it woke me up and I wondered who it could be. I didn’t get out of bed as It sounded like the old doorbell from the home I grew up in once again. While odd, I was a bit upset as I was in a deep sleep. Tossing and turning I tried to fall back asleep. A half hour later my current doorbell rang and I got up, much louder and a different sound, I looked out the window, it was the neighborhood kids wanting me to come out with my cat and play. I questioned whether or not it could have been one of the kids who rang the door earlier but felt there was no way as the sound was different. But then I realized, if I got up from the first ring I heard and made breakfast. That half hour would have passed in time for me to be up and active to answer the door when the kids rang. I would have come outside with my cat and ate breakfast on the porch allowing them to chat and  play with my cat. Perhaps the earlier doorbell ring was to get me out of bed just for this. Note: I got up at Noon made breakfast and sat on the porch with my cat, the kids came over as well wishing me happy fathers day. How cute.

This morning I heard three sounds last night, which is why I am writing this. First, I heard a woman’s voice which woke me up. Unclear what it said but I distinctly heard her voice around 4-5am. Woke me out of a deep sleep. She seemed to be yelling throughout the house. Then around 5:30am I heard this crash as if something large and heavy fell hard in the house. I got up and found nothing. Back to bed. An hour before my alarm would go off, at approximately 8:36 am the doorbell rang. As I have stated earlier it is not the same sound of my current doorbell. I did not get up, exhausted I attempted to fall back to dreamland. After three times being woken up I was not getting a good night sleep. It wasn’t until 10am (overlsept) that I was woken up to my “actual” doorbell going off. I raced downstairs realizing it was the post man here to pick up a shipment of ghost outlet products that were going out today. I got to the door in time as he was just starting to walk away. Whew!

So what is it with these sounds? Are they trying to wear me down, make me tired by interrupting my sleep pattern. Are they messages from my old house? Or are they warnings or friendly reminders that I should be out of bed because someone is coming soon to ring my actual doorbell?

Where do these sounds come from, how are they created if nothing physical or noticeable has happened? I just don’t know…yet.

2 thoughts on “The Crazy Sounds That Wake Me Up”